Sometimes, when least expected, odd things happen. You're tripping along, doing this, doing that -- and then wham! Now this could be a good wham or it can be a bad wham. Today, it was a good one.

I was working on a new digital image and, after two hours' work, I decided to take a break. I needed to just play for awhile, poking at some old flower images I had stored on the computer. Here is the original photo, nothing special except for the beauty of the blossom itself -- 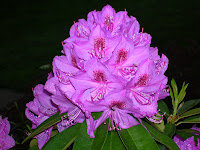 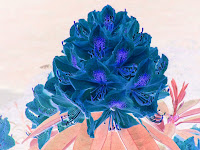 Now I was intrigued. I opened an image of water in a glass vase I had taken this summer, overlaid the blossom and began to fiddle some more. After a few minutes of experimentation, this is the final result -- 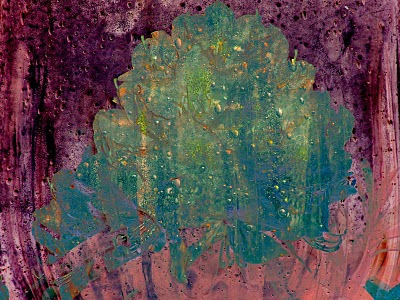 I feel like the photographic nature is almost gone except for the shape of the blossom, while the painterly aspects of the manipulation have evoked another image altogether, filled with energetic brushstrokes, highlights and a palette of colors I would not have thought of on my own.

"It is only by selection, by elimination,
by emphasis that we get at the real meaning of things."

yes-- wham bam is right-- the final result is wonderful-- shows the 'essence' of the original image.

MAGIC...omg...this is amazing. soooo transformed, yet not. i love the 2nd one, and the 3rd is very different. i want to see them side by side. good company, those 2.
congratulations on playing to the WHAM arrived!

Excellent textures in the result. Very cool to show the starting point like in a tutorial.

wham...bam...gee, I think my use of the English language is deteriorating! I enjoyed your comments and hope you enjoyed the entry! :~)))