A Changing Light on the Landscape

Working on some new approaches to landscape painting, trying to avoid that "pat" formulaic technique -- tree here, water there, etc...  Looking for the light, too. Not necessarily the beautiful light of a summer's day but rather the tempestuous light of a passing storm . . . scudding clouds roiling over a stretch of marshland in the early evening hours when shadows begin to creep across the land. 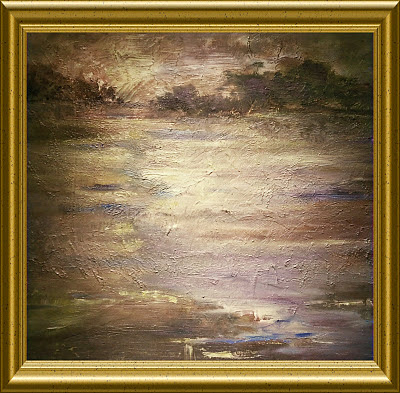 Passing Storms
oil on canvas
12 x 16
The other kind of light, which is much more difficult to capture, is the night. This painting, working from some photos I had taken at the Cape, was an attempt to evoke the light of a large, luminous moon. You know the type -- the one that looms up over the horizon while you're driving and you just about slam on the brakes because it is so awesomely beautiful it takes your breath away . . . 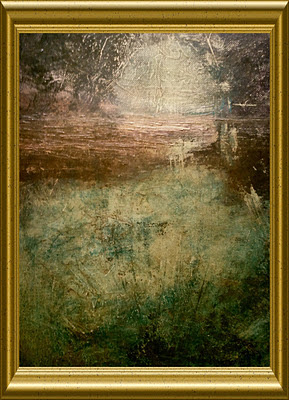 Harvest Moon
oil on canvas
9 x 12
Both are quite different in my approach as I truly beat these canvases to death, poor things, trying for that impressionistic, lost edge look. I painted, scraped back, etched with tip of the brush, smudged with fingers. You name, I think I did it. The camera shots are not good; I took them rather quickly as I brought down the show at Aetna, so my apologies. But with winter upon us I didn't think I'd have much opportunity to do a shoot outdoors, which is usually what I do to avoid costly professional photographer fees.  It's also another reason why I usually paint on a smaller scale so I can scan the painting and then upload, print, etc.

Here are a few works that I've admired for years from the American Tonalist school of artists that painted in the late 19th century and early 20th century.  Their works celebrated the natural landscape, especially in light of the encroaching industrialism in the East.  Henry James wrote that their shared vision was one of experiencing the natural landscape as a "personal epiphany" -- ah, yes! 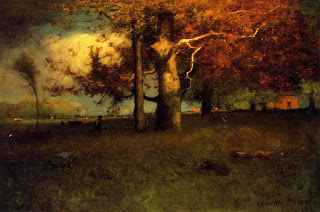 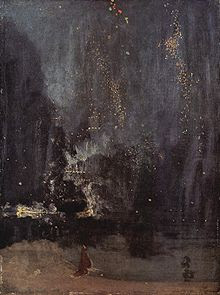 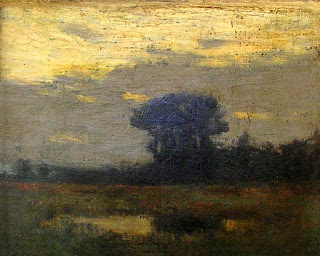 your BEATING of the canvases===very successful....
beauties here!

Thanks so much, Neva!

Beautiful Kelly! I see you are seduced by storms as well.

Truely wonderful work, so glad I am now following your paintings.

Thank you so much, Caroline! Someday I hope to get myself to Scotland - strong ancestral links - and do some hiking/painting!