things that do not seem to be working with one medium, come alive in another --

it's sometimes a frustrating journey, even from one step to the next --

and then again, maybe one doesn't want to move forward

but rather scuttle sideways . . .

how often do we get lost in the tangles of good intentions and great ideas?

quite often, for me anyhow --

the clock always seems to be ticking, a constant drip on the brain --

so what is one to do?

The creative process.  It's an arduous journey, a slow trek, a humbling process that demands your respect yet also your faith.  It reminds me of "Jacob wrestling with the Angel," that has been depicted by many artists over time -- 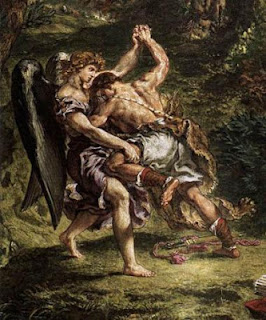 Who at some point has not felt like Jacob, a mortal struggling with the Divine, holding fast to the angel all through the night and refusing to let go until, at dawn, he prevails and receives a blessing – an answer to his prayers.

Since the Renaissance artists have found in this tale a metaphor for the creative struggle. Rembrandt depicted it as a tender embrace . . . while Donato Creti portrays the struggle as more like a dance with the angel seeming to struggle more so than Jacob. 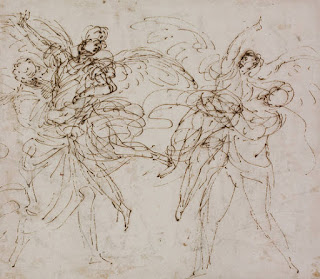 The British film director Sally Potter used the painting in yet another manner to depict the very basic struggle between the masculine and the feminine in The Tango Lesson. 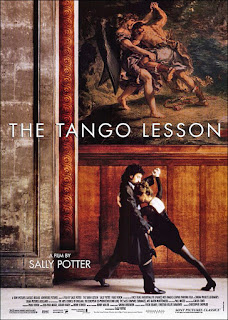 So I suppose those of us who attempt to create should not despair as this has been going on since the dawn of time.   Ah, I feel so much better now --

"If you decide to enter the page

take a knife and some matches,

and something that will float. Take something you can hold onto,

and a prism to split the light and a talisman that works,

which should be hung from a chain around your neck:

that's for getting back."

Great post...especially like the reference to Jacob and the metaphor for struggle.
I'm not sure what I'm seeing...where the quilt begins and the digital fits in but it is a beautiful photograph!

yes great post, so very true... I am grabbing my chain around my neck with my talisman before I head back to the studio...

Good to hear from you, Caterina! Yes, how many talismans do we own -- ha, ha!